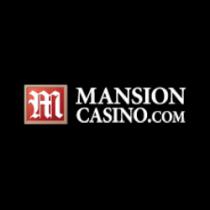 An interesting tournament with a gigantic cash prize is knocking your door! Just play online games and grab a big piece of share from €2,000,000 cash pool! Not only that,participate in their weekly tournament and take a generous share from the cash pool of €30,000 every week. So, let get started!

To proceed, you need to play their selected games in order to be qualified for this tournament. Thereafter, stake real money of minimum €0.50 on the qualifying games during the promotion period. Try to get the highest single spin as players are ranked on the leader board according to their scores, based on their highest single spin win amount. The more spins you play, the better your chances of winning multiple prizes become. So, don’t miss this golden opportunity to boost your bankroll. Read the following terms and conditions carefully.

Apart from Mansion Casino bonuses & promotions, find other latest casino promotions ranging between No Deposit & Deposit Bonuses along with their bonus/promo codes here!