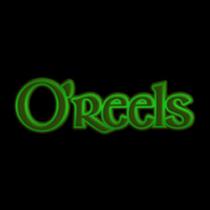 Play Online Slots Games at O'Reels Casino to Win up to £1000 in Cash Prizes, this Halloween

Take your Halloween Celebrations to the next level by joining other players at O’Reels Casino. Up for grabs is a cash prize worth £1000 which will be divided proportionately amongst the top 10 highest wagering players during the promotion period. So celebrate your Halloween by playing any or all t=of the qualifying slots and increase your chances of winning as much as £350 in real money! If you like the sound of it till now and would want to participate then continue reading!

To start with, Login to your account at O'Reels Casino during the promotion period. Head to the cashier and choose a suitable mode of payment. Now deposit £10 or more while simultaneously applying the code BOO. Thereafter, play any of the qualifying games provided by NoLimits, as given in the terms below. The top 10 players who end up wagering the highest on any of these qualifying games during the promotion period will be entitled to win cash prizes! The wagers are cumulatively calculated and taken in account. So the more you play, higher are your chances of becoming a Halloween Hallo-win Champion at this online Casino! The distribution of prizes has been represented via the tabular format given below :

Visit Site
Read Review
Bonus T&C : New Players Only. Wagering occurs from real balance first. 50X wagering the bonus or any winnings generated from free spins. Contribution may vary per game. The wagering requirement is calculated on bonus bets only. Bonus is valid for 30 days / Free spins valid for 7 days from issue. Max conversion: 5 times the bonus amount or from free spins: £/$/€20.

Apart from O'Reels Casino bonuses & promotions, find other latest casino promotions ranging between No Deposit & Deposit Bonuses along with their bonus/promo codes here!