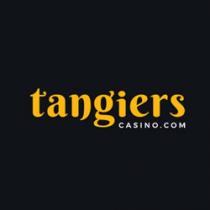 Win Real Money Worth up to $10,000 in the Grad VIP Tournament at Tangiers Casino

One way to keep players happy is by extending an array of online games. But how does adding fantastic tournaments on top sound to you? If you're all game to play regular tournaments and claim exciting offers, then look no further and sign up at Tangiers Casino right away!

In the running is the Grand VIP Tournament where up for grabs are prizes worth $10,000 given to the First Place position holder. The other prizes are divided amongst the top 20 players as follows :

In order to gain access to the tournament, players are required to make a minimum deposit of $500 cumulatively during the promotion period within which no fees is included. Thereafter, players are entitled to earn 1 point for every $1 they wager on online slots available at Tangiers Casino. The position of a player on the leader board shall be calculated by taking into account the total number of points earned throughout the duration of this competition. The player with the maximum number of points, wins the Grand VIP Tournament at this online casino. The results would be declared within an hour of the promotion ending.

Write to us for Feedbacks & Queries

Apart from Tangiers Casino bonuses & promotions, find other latest casino promotions ranging between No Deposit & Deposit Bonuses along with their bonus/promo codes here!

We make use of cookies to enhance user experience of our visitors.
Learn more here.