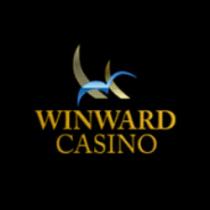 Win up to $1,500 in Prizes with Winward Casino Sunday Super Reel Tournament Promotion

Winward Casino strives to give the players registered here the best bonuses alongside a very thrilling set of online casino games. Not to miss, Winward Casino players will also get enough tournament promotions to take part into. Bumper cash prizes will be awarded to the ones who take part in such slot tournaments. One such promotion at this casino is the ‘Sunday Super Reel’ tourney whose details are mentioned in the text that follows:

What Prizes can I Win in this Sunday Promotion?

Just after the tournament period will get over, all the participating players will be ranked based upon the leaderboard points they’ve accumulated. The one who has scored the maximum number of points will be declared the winner of the tournament and the rest of the players will get prizes as is given in the table that follows:

Apart from Winward Casino bonuses & promotions, find other latest casino promotions ranging between No Deposit & Deposit Bonuses along with their bonus/promo codes here!