Find out what the Crazy Birds are doing to the Slot game world in this review of the Greentube game!

We’ve all heard of Angry Birds, but what about Crazy Birds? This Greentube slot takes you into the middle of the forest, where this crazy flying animals exist. And these birds even have names too. You’ll get to become acquainted with Potty, Rocky and Loopy as you spin the reels. Each of the birds are fighting for the affections of an elegant, elaborate pink parrot known as Candy. Of course, there’s some work to do in order to make sure that one of them gets the hand (or rather, the wing) of the parrot. Fortunately, Greentube has also chosen to add some intriguing extra elements into the slot to ensure that you have fun trying to make a bird match-up. Overall, it’s a very appealing online slot offering from a first impression point of view. However, let’s find out what else Crazy Birds is able to offer up.

The overall design of the slot game incorporates a total of five reels and four rows. Therefore, it’s slightly larger than what can be expected from a standard video slot offering. Alongside this, the game incorporates a total of 40 separate win lines for you to place your wagers on. These lines are also set in position, so you do not have the option to customise them one way or the other. Even though this is the case, Greentube has also chosen to integrate some appealing graphics and imagery too. The background takes you into the forest, where you’ll find plenty of foliage flying over the edges of the reels.

Even though you don’t have the option of changing the amount of active win lines, you can alter the wager that you place per spin. Crazy Birds offers up a range of between $0.40 and $400 for you to select from in this area. This does, of course, mean that $400 per spin is the game’s maximum overall wager possibility. You’ll also get the chance to make use of an autoplay function, which can set the reels off spinning several consecutive times at the same wager level.

The icons that this slot incorporates can all be found in play upon its five-reel layout. And as is the case with most slots, these are available with different rewards.

This game comes to our screens from the Greentube developer, a company that has been around since 1998. It works as a subsidiary of Novomatic and provides companies with state-of-the-art gaming solutions. It offers up selections for sportsbooks, casinos and many other platforms.

Crazy Birds, like many other online slot games, incorporates a few different special features to increase your entertainment level. 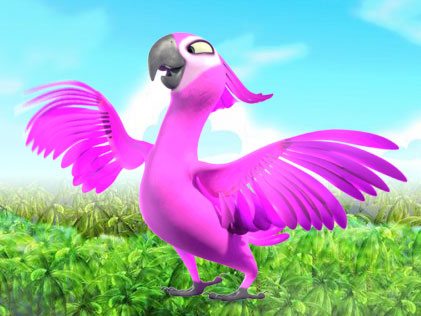 Crazy Birds has some wonderful features built into the game play. The modifiers of the three birds and of course, the Candy modifier all work very nicely in your favour. When this pairs up with the overall graphics and imagery throughout, as well as the free spins and bonus round, you’ve got a thoroughly appealing slot offering.