Set out on a Journey to the Asian Forests & Chose your Destiny with Eastern Emeralds Slot!

Get ready to undertake a journey to the Asian forests with this 5 reel – 3 row online video slot game,. Eastern Emeralds is a slot developed by Quickspin based adventure and mystery theme which truly unfolds when you start spinning the reels of the game. As the game begins, you get to see the scenic view of forests in the background. In the front of it, the reels of the game are set inside a golden frame against a red background which adds to the appeal of the game. Like all their games, this slot by Quickspin is packed with HD graphics and the symbols have been intricately designed to make the gameplay a lot more fun.

Start spinning the reels of this video slot now to immerse in the mystical world. Play with dragons and lizards as the Chinese lucky charms work for you and Phoenix lets you choose what you win. And the greatest surprise! This slot game is embedded with the highest ever multiplier by Quickspin. So how would you choose your destiny?

The reels of this 5 reel online slot are set in the Asian jungles with the beautiful views of mountain and trees in the background during the sunset. You can also see the lanterns hanging on the trees behind move swiftly as the air flows which gives the game play a real appeal. The symbols used in the game include dragons, Eagle and other Chines symbols(magic lamp and lizard) and have been colored Golden which goes very well with the theme of the game. Music playing in the background does wonders and is bound to take you to the Asian forests. The background of the reels is red in color which brings out the significance of the color in the mystical world. Transparent reels glide swiftly in the front of the red background and make the gameplay a lot more interesting.

These symbols are golden figurines of a turtle, lizard, dragon and Chinese good luck charms and a magical lamp. Enclosed in golden boundaries with purple, red, blue, orange and grey background respectively they stand vividly on the reels of the reels. These symbols go in sync with the mystical theme and make it a lot more fascinating.

These include the symbols of A, K, Q, J and the number 10. These symbols have been brightly colored and make the gameplay simple yet appealing at the same time.

The symbol with the image of Phoenix enclosed in a circle is the scatter symbol. When three of these symbols appear on the reels they start the bonus round and you get a chance to choose your destiny as the bonus round begins. So, look out for reel 2, 3 and 4 as Phoenix may appear on any of these to trigger the bonus round.

They are green in color with the word 'Wild' along with their respective multiplier written on them. These symbols are enclosed inside golden boundaries which gives magical appeal to them. They come with multipliers up to 8x written on them and. The Wild Multiplier Symbols appear randomly on all the reels and replace all on the reels except the bonus scatter symbol during the bonus round. And, if more than 2 of these appear on the reels, then the multipliers are multiplied which may bring you a chance to win a humongous amount.

These symbols look just like the wild multiplier symbols with the only differences between them. The first is that it does not have any multiplier written on it and the second being that it appears only on reel 1. These symbols are quite lucky for you as they appear both in the base game and the Free Spin round.

This bonus round is triggered when three bonus symbols appear on the reels of the game. As the rounds start, the flames around Phoenix rise up and the hot balloons start floating upwards taking you through the scenic view of mountains in the background to the bonus round. They lead you all the way up until you get to choose your destiny by clicking on one of the options given below -

But hey! make your decision wisely; the fewer the spins you chose higher the risk and the winning possibilities. So, are you ready to take the risk?

Easter Emeralds is a 5 reel video slot with 20 paylines which was released on 10th July 2018. This video slot is powered by Quickspin, which is known for producing high-quality video slots. Based in Stockholm, Sweden this software brand believes in pushing the limits with their innovative gameplay. It claims to develop one of the most awesome video slots in the gaming worlds. A testimony to this is provided by the number of awards that it has bagged. These awards include EGR awards for three consecutive years – 2015, 2016 and 2017. With the EGR B2B Award for Innovation 2017 being the latest addition to the list. Eastern Emerald is a masterpiece from this software brand, boasting the HD graphics just like all the marvelous slot games by them. 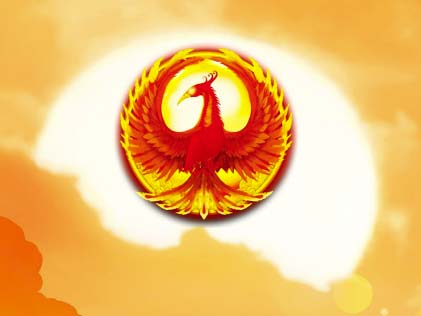 The reels of this 5 reel-3 row video slot are set deep in the forests with the glimpses of mountains and trees in the background. The symbols used in this slot game are simple yet interesting and boast the Asian, adventure and mystical theme on which the game is based. These symbols are golden in colors and stand beautifully against the red background. So, get ready to visit Asian forests only to return with a bag full of wins. Choose your destiny as the wild multipliers and Free Spins lead you all the way to some massive wins up to a maximum of 1680x bet as the fortune favors you due to the Chinese good luck charm by your side!