What would you do if you find a jewelry box that haunts you with the demonic voices and refuses to leave you alone? Witness the mystery as the young girl faces this misery all alone and decides to bury the jewelry box as it itself told her. But, instead, something more horrifying and evil is unleashed. You can witness these demonic forces on the reels of this 20 pay lines slot game. Spin the reels only if you can stand the witches, Hound, Jack-o-lantern, and Death because how can it be a great Halloween if you are not scared? And, this online slot game by NetEnt brings you nothing but just that!

The reels of this 5 reel online slot game by NetEnt are set in a misty graveyard. NetEnt has used its top notch graphics to in the game. Each aspect of the game is intricately designed and has been made scary to make sure no one is able play this game without getting goosebumps. After all what is Halloween without some real terror? The terrifying jack-o-lanterns on either sides of the reels, the humanoid skulls on either sides and the spin button are capable enough of giving you nightmares. All this is accompanied by effects like lighting, the rising mist and the flying bats from the tree in the background which makes the terror real. There are vines hanging on the symbols that seem to move with the wind and makes the gameplay more realistic. Symbols used in the game are equally scary and consists of witches, jack-o-lanterns, bats, horse and a crow. Some alphabets and the number 10 can also be seen on the reels of the game. These have been made distinctly and you can see ghostly hands which seem to be trying to conceal them which are bound to give you goosebumps. The music used is equally spooky and make you terrified as the harrowing soundtrack is played in the background.

The low paying symbols used in the game are the alphabets A, K, Q, J and the number 10. These symbols are colored metallic gold and silver. Each of these symbols appear to be held by two hands that come from behind and make them look really spooky.

This symbol appears both in the base game and the Free Spins replacing all the symbols except the Scatter and the Lantern symbol. It awards you a respin everytime you get a walking wild symbol. During each respin, the jack-o-lantern moves to the reel on the left on each respin which continues until no wilds are left on the reels of the game. All the wins from this symbol come with a 3x multiplier.

During the Free Spins, each time you get a lantern on the reels, it is added to one of three images on the right hand side of the reels. Which are the Hound, Jack-o-lantern, and Death. Each of these symbols initiates a bonus round which has been described below. The beginning of this feature is marked by a green ghost taking over the reels and taking you to another haunted site. The background of the reels changes to a cave with symbols representing each of the wild features present on the right hand side of the reels. These include -

NetEnt is all set to join the Halloween party this year with its slot – Halloween Jack which is surely going to terrorize the players with fear this October. Released on 24th October 2018, this slot game presents some of the scariest entities like witches, bats, humanoids figures and other such haunted figures. So, spin the reels of this online slot if you dare to beat them all and make your way to riches. But remember; a chance to win 3000x your stake also awaits you making it worth taking the risk. 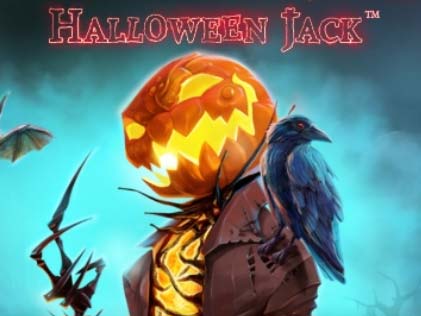 This slot game by NetEnt is all set to scare the players this Halloween as the reels of this game are set in the misty graveyard. So, start spinning the reels, only if you think you can fight the witches, ghosts and the demons that the gameplay unfolds. The players who can dare to play can win up to 3000x their stake on each spin. This slot also has a high variance and an RTP of 96.28% which is definitely going to bring some big wins for the players. The detailing in the games is such that horror reflects from each and every element in the gameplay. This starts from the spooky human skeletons at the side of the reels to the humanoid skull on the spin button and the witch on the reels. The background comprises of what that would be a perfect place to party with the ghosts – graveyard. The vines that seem to be moving with the winds, the spooky hands on the low paying symbols add to the scary element in the game with the harrowing soundtrack in the background capable enough of sending chills down your spine!