After the huge success of Hugo and Hugo 2 slots, the software provider, Play'n GO has collaborated with Hugo Games A/S for third time in a row and since the FIFA World Cup 2018 is about to begin, therefore, Play'n GO thought there cannot be a better time to launch the online video slot machine, Hugo Goal, a 3*3 reels slot with 5 paylines. Players can spin the reels of this slot screen which is basically a square – shaped wooden frame. The crowd which includes characters from the European cartoon series can be seen cheering as football enthusiasts generally do.

The slot has three Bonus features where players can bag a second opportunity to strike a winning combination. Players can get up to 800x of their stake made plus a chance to win the Golden Trophy with the 'Penalty shoot out' bonus round, the most epic feature of Hugo Goal slots. Respins feature is also available where the reels will go on spinning till the time the player strikes a win. Collect your winning amount won on spinning the reels of Hugo Goal slots, punters can go a step further and use their winning amount to place the pre – match and in – play bets on any of the football World Cup matches.

Hugo Goal online slots have the graphics and looks of cartoon characters with an amazing soundtrack. Hugo is the goalkeeper who will come and knock at your screen telling you about your big wins and other Bonus features that will yield you major winnings. This slot machine is based on a football theme with all the symbols depicting the props used in a football match.

The award winning software, Play'n GO has provided the finest technology to this 3 reels slot game. Keeping in mind the football World Cup 2018, Play'n GO has fancied this slot game with a very popular European cartoon series, Hugo the TV troll and has also added other characters such as that of the goat, Afskylia and Don Croco. The slot game has got symbols of football, football boots, flags, whistle and a stopwatch which showcase the football theme promoting the FIFA World Cup 2018. The game has got lovely sound effects of the crowd cheering for the slot gamer plus Hugo will knock on your screen to tell you about your mega winnings. All in all, Play'n GO has made a classic 3 reels slot with wonderful technological effects.

Bonus Features and Re – Spins on Hugo Goal Slot Machine

There are three main Bonus features of the Hugo Goal slot machine where players will also get a chance to bag Respins. These features are described as follows:

This bonus feature will automatically get triggered once the player gets the same symbol on all the three reels. When this happens, the slot screen will disappear and instead a football ground with crowd cheering for Hugo and the slot gamer will appear.

The action replay bonus feature can get triggered at random on a non – winning spin where two reels will have character symbols covering the entire reel. Re – spin will get triggered on the reel left till the time you strike a winning combination. 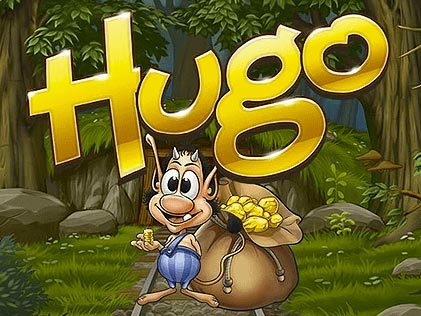 Play'n GO slot game, Hugo Goal can be summarized saying that it is a classic 3 reel slot with excellent bonus features. Picking up the characters of the European cartoon series for the third time, Play'n GO has done wonders to this video slot by attaching it with the football World Cup 2018. This game can also be played by slot game lovers and punters punting on the FIFA matches as they can put to use their winning amount from this slot for placing bets. The online slots machine, Hugo Goal has got a soundtrack where Hugo himself informs the player about his winnings. Serving as the wild symbol himself, Hugo will yield the player higher payouts. In the end, if you have loved Hugo and Hugo 2 slots, then there is no chance of giving this slot a miss.