Encounter Wolf and American wildlife to unravel the hidden gold riches with this online slot machine!

If you are an animal lover who enjoys being in the wild while admiring the natural beauty, this online video slot game is definitely going to win your heart. This 5 reel slot with 3 rows and 25 paylines is based on wild and promises to bring you riches (gold), which is quite evident from its name. Developed by Pragmatic Play, it promises nothing but the best when it comes to graphics and audio-visual effects used in the game.

Since the reels of the game are placed amidst the mountains, deep in forests, you get to see the wild animals that you would commonly come across in any jungle. But what is uncommon are the number of winning chances that it brings. You may win Free Spins or trigger the money respin feature or even hit one of the three jackpots and end up claiming one of the life changing wins. Does that sound fun? Then read below to find out more about the game to equip yourself with its basics.

How to Play Wolf Gold Slot?

Although this online slot by Pragmatic play is embedded with some exciting bonus features, it is very easy to play and try out your luck with. You will be able to see some buttons on the main screen once you load the game. Read below to find out how to use these to relish the gameplay.

Spin: This button looks like two semi-circular arrows and is located at the bottom extreme left-hand side. Click on it to start the gameplay.

Auto play: Below the spin button you will also be able to see an option which says autoplay. Click on this option if you want the reels to spin by themselves. To use this, you will have to select the number of spins for which you want the reels to spin by themselves and the amount by which if you lose or win, the autoplay will be stopped. Considering the exciting bonus features that the game has, an option to stop the autoplay if any bonus feature is triggered has also been added.

Bet: This option lets you choose the amount that you want to bet. Use the “+” and the “-” buttons at either side of the spin button for this and choose the value for each of these options -

Menu: The menu button which looks more like three lines also lets you set the bet that you want to place. Use the “+” and the “-” to set the desired value. It also lets you use the quick spin option if you want the reels to spin faster. Other options like the ones to set the music, ambiance, battery saver or skip the intro screen are also available in this tab.

This online slot with 25 paylines is set deep in the forests with the glimpse of mountains at the side of the reels making it look surreal. You will be able to see the twinkling stars in the sky above the reels which are mounted on the rocks and have been placed inside a golden frame smartly bringing out the theme of the game. The reels are transparent in color and spin in front of the background which has been given a pale cream hue. In contrast to it, the symbols are brightly colored such that you can almost feel the animals staring back at you. The sound of wolves howling in the background may sound like a nightmare for some but the wins that the game and its jackpots bring are definitely going to be a dream come true for everyone making this slot trying your hands on.

The high paying symbols used in the symbols are the ones that have the images of animals on them. These include the Buffalo and wolf that are the highest paying symbols used in the game. Along with these, you will also be able to see an Eagle, Stallion and a Cougar on the reels all of which bring higher wins for you than the rest of the symbols. These symbols are enclosed in golden frames and are vibrantly colored which makes them look real and add to the appeal of the gameplay.

Along with the ones given above, you will also be able to see some alphabets like A, K, J and Q on the reels. Unlike the high paying symbols, these are not enclosed within the golden frames but are brightly colored in pink, red, blue and yellow hues, respectively, making them beautifully stand against the light background.

Wild – The symbol with the image of the wolf outlined in purple is the wild symbol used in the game. The symbol does appear to be spooky, especially when it howls which is accompanied by similar sound in the background. But don't worry it is doing to do more good for you than harm. It substitutes for all the symbols except the Scatter and the Money Symbol and helps you win more while spinning the reels.

Scatter – This symbol consists of an image of a desolated desert and appears only on the reels 1, 3 and 5. If you get lucky and land 3 of these, 5 Free Spins will get awarded to you. During these Free Spins, the reels 2, 3 and 4 merge together and spin as one Wolf symbol. If you land three scatter symbols again in this round, 3 Free Spins will be again given to you.

When you land 3 or more symbols on the reels of the game, 5 Free Spins are triggered. During these spins, the 2nd, 3rd and the 4th reels are merged and spin together as one symbol generating more wins. Further, if you land 3 scatter symbols during these spins it triggers re-spins and 3 more Free Spins are awarded thus increasing the chances to win.

This game also has 3 Jackpots viz the Mini, Major and the Mega. The maximum winnings that each of these jackpots can award you are written at the top of the reels. Showing that you win $1750 with the mega, $12500 with the major and $125000 with the mega jackpot. And the best part about the game is that these jackpots are frequently triggered making sure you are able to scoop out great wins.

This 5 reel 3 row game with 25 paylines has been developed by Pragmatic Play which is one of the leading names in the online gaming industry. It has emerged as a global brand and provides services to the players all around the globe which includes 78 countries and 13 jurisdictions while being available in 26 languages. This software brand has also produced more than 100 HTML5 games and has been awarded various prestigious awards for its high-quality work. Some of these awards include EGR Award for the Best for the Best Innovation in Slot Provision 2018, EGR Award 2017 for The Software Rising Star and others.

Thus, you can rest assured that this online slot brings along with itself limitless fun and superior gaming experience. 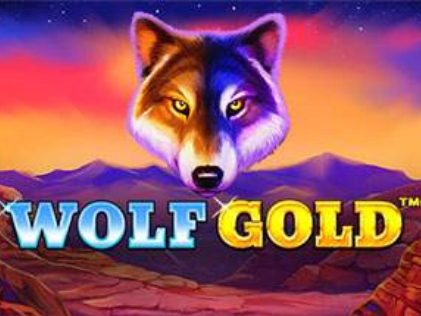 The reels of this online slot by Pragmatic play have been placed in the forests so get ready to encounter the wild. The symbols used in the game include animals that you would come across in any jungle and include Wolf. Eagle, Buffalo, Stallion and the Cougar. Although the symbols have been intricately designed and add to the fun but there is more that is going to be loved by the players. This game also brings a lot of chances to win which can be attributed to its bonus features. These are - the Free Spins that are triggered when you land three or more scatter symbols and the Money respin feature which is triggered when you land 6 moon symbols on the reels. But that's not it, it also presents three jackpots – Mini, Major and Mega all of which have the potential to generate some life-changing wins!