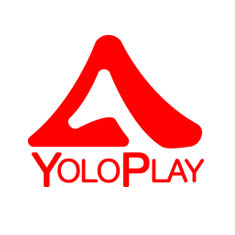 YoloPlay began its operations in 2015 and has been providing games to online operators ever since. It describes itself as being “at the crossroads of gambling and social gaming”, meaning that it manages to combine the two under one and the same brand. The mission of the developer is to harness various innovative gaming concepts and features along with the latest technology. Doing so will enable it to provide what it describes as the “best online and land-based entertainment” to both players and gaming operators. The company may still be young in itself, but it has the mindset of a more experienced software provider. So far, it has crafted four different slot games, all of which come with intriguing inbuilt features and superior graphics. However, YoloPlay also seems to have card games, lotteries and more in mind for the future.

YoloPlay bases itself out of Miami, Florida, USA and it consists of various talented, passionate and ambitious individuals. However, it’s not just a selection of games that it brings forth and intends to continue crafting. Instead, it has several other services and benefits for both operators and players alike.

As spoken of earlier, YoloPlay is still a very new developer, and because of such, it only provides four different games as of the moment. A fifth Video Slot is due to be released later in the year, so pickings are still quite slim for the company for the time being. Even though this is the case, all of the games that are available come complete with intriguing inbuilt features as well as impressive, high-quality graphics and gameplay. For the time being, it focuses its attention on creating and providing slot games. However, links on the developers official site suggest that bingo, lotto, keno and card games will be created in due course. Therefore, it seems to be looking to dip its toes in all areas of the online casino world.

As far as the four current games and upcoming fifth game are concerned, these are all Video Slots. They have already begun being incorporated into various online casinos, and exist in the following titles so far:

Just because the collection of games from YoloPlay is small for the time being, doesn’t mean it should be cast aside. You see, it still maintains a great level of quality and interesting features. With this being the case, online casinos that utilise the YoloPlay software can expect to be able to provide the following to their players:

While providing games to an online operator is one thing, it’s quite another for these operators to ensure their customers have a good time. That’s where various special bonus offers come into play. You see, signing up to a YoloPlay casino can also come with its benefits, including:

You’ll need to register at a YoloPlay casino before you can claim any of the benefits as mentioned above. However, it’s also important to note that these promotions also come with their own range of terms and conditions. You need to read up on these before claiming such.

Additionally, because of the ability for YoloPlay’s games to be integrated into mobile casinos, you’ll also have the opportunity to claim such promotions via a smartphone or a tablet too.

When an online casino provides players with a no deposit bonus, it works as a very nice incentive to join. After all, you’re simply required to sign up for a free account and then receive a bit of a bonus on top. This can come in the form of a small amount of bonus funds or a minimal amount of Free Spins on a specific game. Whatever the case may be, it works as a great welcome to an online platform.

It’s also great to find an online casino with Free Spins on offer. These can make up part of any kind of promotion, such as the no deposit, the welcome offer or as part of a standalone promotion. Free Spins basically give you the opportunity to check out one or more Video Slot without needing to use your own deposited funds on the game(s) first.

Other than a no deposit bonus, you will also find that most online casinos provide an actual welcome offer for newcomers to take advantage of. This usually requires you to make your first deposit and on top of this, you’ll be given a percentage bonus. The percentage is often 100% or 150% but can also increase up to 200% and more. Furthermore, you will often find instances of the welcome bonus being available on your second deposit and sometimes third.

As mentioned earlier, YoloPlay is still classed as being quite a new entity to the online gaming world. Therefore, it doesn’t have a huge influence on other platforms or sites. That being said, you’ll still find that various platforms are supported by the developer and its games. This is due to the fact that all of its games are crafted using the HTML5 technology, so they are available for cross-platform integration. Therefore, it can cater to such possibilities as:

Therefore, despite its relative youth in the gaming industry, YoloPlay is coming forth with various appealing services alongside its created games.

For any other software developers, it can be quite a nightmare to realise that older games cannot be accessed via mobile devices or even land-based establishments sometimes. This is because the format that devices require now was not something that was utilised in earlier days. However, with YoloPlay, existing games can be converted into the HTML5 Adaptive Game Engine swiftly. This means that they benefit from all of the features within the Engine and are also available to a wider audience.

Furthermore, if you’re a developer with a specific game idea and would like to patent such via a working demo, YoloPlay can also cater to you. The company’s Game Engine will assist you with creating such and then deliver it as well as knowledge surrounding its working ability within record time.

Just to repeat what was mentioned earlier, YoloPlay is still very new. Therefore, with a game range of just four titles, it’s unable to really power a vast number of platforms online or offline. Despite this, because of the HTML5 format of its games, there is the possibility for it to do so with a larger catalogue in the future.

If you’re a mobile gamer, then you’ll find that YoloPlay’s games are easily accessible from your device. Again, this is all to do with the HTML5 technology, allowing for easy integration in cross-platform circumstances.

YoloPlay is a software developer that was founded in 2015. It aims to provide casino games to both online and offline establishments.

Yes, the company operates as a safe and secure developer.

Q3Can I Play Other Games Except Video Slots?

Yolo Play have launched 4 video slots game so far and it may develop table game, lotteries and more in the future.