Take a trip to Planet Fortune, a Play'n Go Slot that will bring you a robot revolution!

Play’n Go has brought out some wonderful slots over its years of operation. However, we don’t think we’ve ever been privy to something as spectacular as the Planet Fortune slot game. This one transports you into the future, but in an almost retro way. Sort of like how the future was expected to look back in the 1950s. That being the case, it offers up a truly unique experience for players to enjoy. Naturally, being a Play’n Go slot means that it comes with innovative graphics and gameplay. Additionally, to be able to further portray the futuristic theme, it incorporates an appropriate piece of soundtrack music at the same time. Therefore, the atmosphere that this game emits is entertaining within itself. So, with that being the case, the only thing left to ask, is if you’re ready to take a trip to an alternative future? If so, then Planet Fortune is definitely the slot game for you to access!

If you do make the choice to play this Play’n Go slot, then you’ll get to see a nice layout on display. This contains a total of five reels and four rows altogether, so it’s slightly larger than what is considered to be the average design. Alongside this design, the game has a set of 40 bet lines that you can wager on. These lines are not able to go through any sort customisation though, so you’ll always be betting on 40. Visually speaking, Planet Fortune incorporates some truly impressive images throughout. The background of the slot takes you to a futuristic cityscape. Meanwhile, upon the five reels of the game is where you will be able to see its symbols. We’ll explain more about these a little bit later.

You do have the chance to adjust the value of your wager in the slot, which is simple enough to complete. This is done by using the plus and minus buttons at the bottom of the screen. With these, you can choose from bets between $0.20 and $100 per spin. As well as this, there’s the option of using an autoplay feature. This allows you to set the reels off spinning up to 500 consecutive times at the same wager level.

Play’n Go has been boosting its reputation in the gaming industry for over 10 years now, first coming into independent operation in 2005. The company’s games are known for not only providing high quality to players, but also being available in multiple different languages. Its games are accessible via desktop and mobile devices.

While you’re playing this slot game, you’ll also get the chance to see some special features come into play. 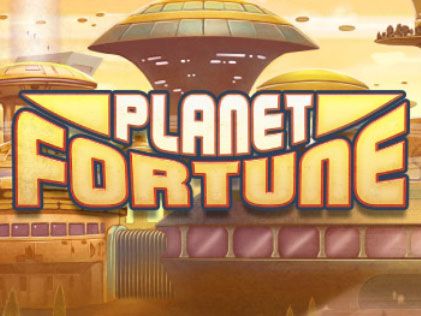 First of all, we like the theme behind this slot game. It’s a nice take on the futuristic genre, which doesn’t appear as often as one would hope. Play’n Go has made sure to integrate some appealing graphics and animations throughout too. Then, of course, there’s the special features that are also available within for you to enjoy. It makes a nice addition to the developer’s catalogue of slot titles.